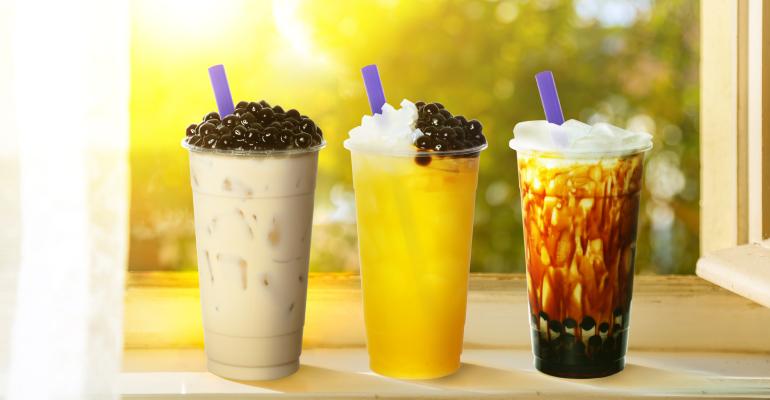 As the global bubble tea market continues to expand its horizon, Chatime – Taiwan’s largest bubble tea brand with over 1,200 stores across 50 key areas worldwide, is set to embark on a massive expansion program with particular focus on the United States territory.

According to a 2019 study made by the Allied Market Research, the worldwide bubble tea industry is expected to grow from U$2 billion to a substantial U$4.3 billion by 2027. The market demand for bubble tea in the United States is estimated at a conservative U$240 million; it is expected to double or even triple its market valuation in the next few years.

Bubble Through the Years

Also known as “pearl milk tea” or “boba tea,” the popular drink has roots that can be traced back to the 1940s when Chang Fan Shu opened a tea shop which pioneered the hand-shaken tea mix using cocktail shakers.

The result was a rich and silky iced tea with fine bubbles on top.

As Taiwan continued to experience rapid economic growth, the trend of drinking Taiwanese tea beverages prospered together with the rise of the recreational food trend in the 1980s.

The popular milk tea has since become a symbol of Taiwan’s self-confidence and national identity.

In Southeast Asia, bubble tea demand recorded a 3,000% increase in 2018 alone - as data revealed that those from Thailand, Philippines, Malaysia, Singapore, Vietnam and Indonesia drink an average of four cups of bubble tea per person per month.

From Asia, the bubble tea trend has exploded in rapid popularity worldwide.

So, what’s so magical about this leisure drink? Boba Pearl is known as the favorite mix-in of bubble tea drinks: Soft on the outside, chewy on the inside.

With consumers able to choose from a wide variety of flavors at bubble tea stores, buyers get to mix and match different types of teas, dairy products, mix-ins, and flavorings.

Depending on customers’ personal preferences to adjust the sweetness and ice level of each cup, the whole bubble tea concept has created a pop culture phenomenon that has since spilled over to the US & European beverage industry. 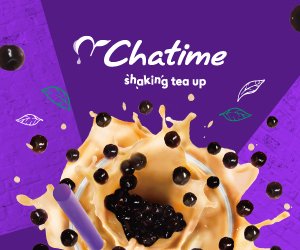 With stores flourishing in over 50 areas & territories in 6 continents, Chatime is now considered the world’s largest Taiwanese bubble tea brand. Since its opening in 2005, the brand has expanded not just in Asia but also in Australia, Canada, Europe and the United States.

While other brands have limited their marketing efforts to the typical Chinese consumers, Chatime has set its sight to further expand its number of stores in the United States.

Given the US’ robust Asian-American population and their strong influence on their Western counterparts, the growing preference for this new and exotic recreational drink has become an even trendier item in the market and is favored by people from all walks of life.

The acquisition has not only increased Chatime’s global market share, it also enabled the brand to achieve vertical integration.

Through corporate strategic planning of acquisition and investment, Chatime has gained full access to the global bubble tea supply chain as well as the control of global bubble tea’s top-selling ingredient, the Boba Pearl. The vertical supply chain integration has lowered the operational cost and risk of overstock, while at the same time scaled up business operations significantly.

With supply chain resources, technology implementation and global tea professionals, Chatime is now in a position to take over the global bubble tea market.

“Since the COVID-19 outbreak in 2020, the situation has significantly affected the global economy which have resulted in several businesses closed, especially in the food services and restaurant industry. As the world economy slowly recovers, Chatime has put its focus on the potential opportunities in the US market through establishing competitive advantages, including continuous investment and optimization of business operation, personnel training, technology implementation, and supply chain resources,” says Henry Wang, Chairman of Chatime.

“By utilizing the market opportunities available at its disposal, Chatime is now in a position to build the brand as the world’s leading bubble tea brand.”